After removing your muffler, you’re probably in love with your car’s noise. The only problem is that there are some legal issues surrounding removing a muffler. If you didn’t know that, then I have some bad news for you — an emissions test is the least of your worries. Speaking of emissions tests, will a car without a muffler pass an emissions test? In this article, I’ll answer your question and teach you more about how it all works.

Yes, your car will pass the emissions test. Your muffler does nothing to process emissions in your exhaust line. However, your car can still fail inspection since the removal of a muffler is illegal in all 50 states.

Emissions are the waste of your car’s engine. The biggest chemicals in your car’s emissions are carbon monoxide, hydrocarbons, and nitrogen oxide — all three are lethal if enough is inhaled.

If you look at a tailpipe and see black smoke, that doesn’t mean you have high emissions. In reality, two of these three toxins are colorless and odorless. Nitrogen oxide has a faint brownish color, but the concentration is so low that you’ll never detect it from a tailpipe.

How Your Exhaust System Works

The whole purpose of your car’s exhaust system is to get rid of dangerous emissions and keep the process quiet. It all starts at your engine.

Within the engine body, gas is exploding and getting converted into energy that your car uses to move. After the explosions, the gas is pulled away from the engine through the manifold. It all joins together into a single pipe that goes away from your car.

The purpose of the muffler is to get rid of the excess noise. After all, there were some noisy explosions going on inside of your engine just a few seconds ago.

The muffler uses a series of resonance chambers, perforated pipes, and walls to dissipate the noise.

After the muffler, the exhaust goes out of your tailpipe and finally exits from the rear of your vehicle.

It’s worth noting that all of these parts from the catalytic converter onward can all be seen from under your car. In fact, you can trace the exhaust line from your tailpipe all the way to your engine block pretty easily if you have the vehicle lifted. This idea will come up later.

I’ve talked about muffler deletes in a few previous articles on my blog. One of the bigger pieces was all about the legality of mufflers, and which states have rules about taking the muffler off your car (also called a muffler delete).

If you quickly read through the article (click the link here), you might get a little upset. In every single state, there are specific laws that state removing your muffler is illegal.

It all comes down to a matter of noise. As I just discussed, the sole purpose of a muffler is to get rid of the extra noise that comes from your engine firing away.

If a police officer hears your muffler deleted car, there’s a good chance they’ll pull you over and ticket you.

The lack of a muffler is considered a noise problem and a disturbance of your peers.

Just to Clarify, I’m Not Talking About Your Tailpipe

There’s a little bit of confusion between exhaust tips, tailpipes, and mufflers. I had a friend in high school who cut off his tailpipe, expecting his car to be way louder. It did nothing.

The muffler is the metal oval-shaped piece that’s under your car. Standing from the back of your vehicle, you probably won’t see it.

The little piece that sticks out of the cut slot in the back of your bumper is the tailpipe. This doesn’t do anything except cosmetically extend the length of the exhaust system so the toxic gas isn’t getting blown into your car’s trunk or cabin.

What They Test During an Emissions Test

I just covered the muffler part of this question, so I should talk about the emissions test now. Just so you know, 30 states in the US require an emissions test before you can legally take your car on the road.

In this test, the tester is looking for unusually high levels of toxic gases coming from your car. More specifically, they’re looking for those three lethal chemicals that I mentioned earlier: carbon monoxide, hydrocarbons, and nitrogen oxide.

Similar tests are done in the manufacturing facility that first made your car. There are some federal laws that tell auto manufacturers that they need to be within certain levels of emissions in order for the car to be sold in America.

If you remember a few years ago, Volkswagen was in big trouble for lying about their emissions test results on cars sold in America. This is almost an identical test that is done on a state level as well.

Why do they test your car for emissions? To make sure everyone stays safe. If you are driving a car with high levels of toxic gases coming from the tailpipe, you and everyone you park near could be in danger. Long enough exposure to these chemicals will result in death.

How the test is conducted will vary from state to state. There’s no standard test procedure, but there are statewide rules governing the test.

There are two major ways that they test: a sniffer test and a computer check.

All About the Sniffer Test

The sniffer test is the original test and it’s pretty intuitive. The tester takes a sample of air at your car’s tailpipe. They test the sample and see how many little pieces of carbon monoxide and hydrocarbons are present.

They measure this in “parts per million” (ppm). Basically, if you have a million little dots of breathable air, how many of them are one of these toxic chemicals?

Each state has a certain number of ppm for each of these gases. If your car shows a higher number, then your car isn’t street legal, and you just failed the emissions test.

The more modern option is a quick diagnostic check of your computer. Your computer has an onboard computer that compiles, stores, and shares a ton of data. The tester plugs into this computer and takes a look at your exhaust system specifically.

They’re looking to ensure there are no problems, and that your catalytic converter is working.

It’s worth noting that this check doesn’t involve taking an air sample at all. They can quickly gather all the data they need just by knowing the status of your exhaust system.

A lot of inspectors will also perform a quick visual inspection before officially passing you. They’ll use a mirror or camera and look under your car.

What are they looking for? Specifically, they want to ensure your catalytic converter is present and in a healthy state. They’ll also look for holes in your exhaust system and whether or not you have a muffler. Uh oh. That’s right, they’re checking for a muffler in this step.

There’s a good chance they won’t need to break out the mirror if you performed a muffler delete. They’ll know that something on your exhaust system is wrong. If they do look under your car, it’s just to see if there’s a hole in your exhaust that’s making that sound, or your muffler is missing.

Will a Car Without a Muffler Pass an Emissions Test?

This is where things get a little tricky. Yes, your car without a muffler will pass an emissions test, but it will still fail the inspection.

Why? Removing your muffler is illegal in every single state. Let me talk about this answer a little more.

As I mentioned earlier, your muffler has nothing to do with the level of emissions in your exhaust. That’s the catalytic converter’s job.

As long as your catalytic converter is working correctly, you don’t have to worry about your emissions. If your car is really old or has a ton of miles on it, that’s another story. Over time, the catalytic converter will be less efficient and might eventually fail, causing you to fail this test.

Your muffler has to do with how much sound comes out of your car. It will be very obvious to the inspector that your muffler is missing or there’s a big hole in your exhaust pipe right before the muffler. After looking underneath your car, they’ll see the problem and immediately fail you.

If you’re in one of the 20 states that don’t test for emissions, you’re not off the hook. An emissions test isn’t the only one that will fail you for not having a muffler. Any type of state inspection on your car will have the same result.

The simple fact is that your car isn’t street legal and will more than likely fail inspection.

How You Can Make Your Car Street Legal Again

Once the muffler’s gone, there’s not much you can do. The only way to make your car street legal again is to put another muffler in your exhaust line.

Believe me, I know. I love the sound of a muffler delete as much as you probably do, but the law’s the law.

You’ll have to use a cutter to cut your exhaust in half. Grab an OEM muffler and weld it back into position using the piece that you just cut in half. You might also have to cut a little bit off the end of the tailpipe to make it all fit.

I know that this topic is a little confusing, and I hope that I explained it in a clear way. Your car’s emissions level won’t change after a muffler delete, but it will change if you remove your catalytic converter. Still, your car can fail inspection since it’s illegal to remove your muffler.

For more car tips and guides, explore my blog. I also have a list of products that you can probably benefit from. If you have questions about this topic or anything else car-related, drop a comment below — who knows, it might turn into an article just like this. 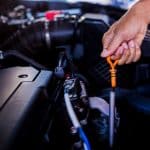 Car Buying Guide: How to Inspect a Car 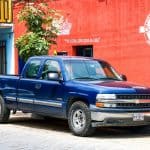 Why Are Older Cars Easier to Work On?