When it comes time to buy new windshield wiper blades, you might be scratching your head. Are they sold in pairs, how are you supposed to know the size that you need, and do you even need to replace your wipers? I’ll answer all of these questions and more in this quick guide to your car’s wiper blades.

There’s nothing forcing wipers to be sold in pairs. They’re not like car tires — it’s okay if one wears quicker than the other one. It’s still a good idea to replace them in pairs since it’ll be easier. The wipers are sold in sizes and might designate which side of the windshield they go on. Make sure you use the correct sizes when you’re replacing your blades.

The Parts of a Windshield Wiper

If you look at your car’s windshield wipers, it seems pretty simple. There’s an arm that attaches to the vehicle and connects the wiper blades. The blades themselves will be swapped out, but the arm will stay attached.

The blade has a rubber piece that covers a metal blade. There’s a metal frame that keeps it all together that has different flexing parts.

When you turn the wipers on, they act as a squeegee. They rub the water away from your windshield so you can see clearly out of the glass.

Yes, Wipers Will Wear Out Over Time

As you keep using the wipers, they’re going to wear out. After all, it’s just a piece of rubber that’s rubbing against glass. No matter what you do to try to preserve your wipers, they will eventually wear out with enough use.

This isn’t a huge problem. Manufacturers understand how frequently replaced these wipers are, and the prices stay pretty low for new wipers.

I can’t go any further until I talk about windshield wiper blade sizes. You could find a wiper that’s an R16 or a P22. What does this mean?

The letter in the front designates where the blade goes. You will find options for D, P, and R — Driver, Passenger, and Rear, respectively.

In some cases, you won’t find a letter on the front. This means that the blades are interchangeable.

Now, you’re just left with a single number. This is how many inches long the rubber part of the wiper is. For curved blades, the length refers to their flattened length.

Some cars could use the same type of blade for the driver and passenger side, but it’s not a requirement.

Why Are There Different Wiper Blade Sizes?

The windshield for a Chevy Tahoe is a whole lot bigger than one on a Fiat 500.

Since the wiper arms are making an arc, the height and width of the windshield will determine how large the wipers need to be. In addition, the arms could be spaced apart differently. This could result in one side being way longer than the other side.

How to Find Your Car’s Wiper Size

Wiper size is pretty specific to your car. The wipers themselves are all standard sizes, but you can’t just install random wipers on your car and call it a day.

The wipers depend on your vehicle’s year, make, model, and perhaps even trim style.

If you go to an AutoZone or Walmart, you’ll find a giant book near the windshield wipers. This goes through different years, makes, and models of vehicles. Each one will also have a printout of what size wipers you should get.

Alternatively, you can use Rain-X’s site to see what wipers your car uses. In fact, you can even buy directly from their site or use the findings to buy from Amazon.

Personally, I have a notecard that has important car information for the different vehicles I have. One of the categories is wiper size. Once you have it written down, you can reference the document in the future when you need to buy new wipers.

Are Wiper Blades Sold in Pairs?

For the most part, at your local auto parts store, you’ll find them sold individually since wiper blades don’t have to be sold in pairs. It’s typically better for the manufacturer to just sell them in single packages since the buyer could have two different sizes for their vehicle.

When wipers are sold in pairs, it doesn’t mean that it’s a universal pairing. For instance, you can buy a “two-pack” from Rain-X through Amazon, and it’s customizable. You choose the two sizes that your vehicle calls for, and they’ll ship two individually packed wipers in a single box.

Should You Replace Your Wipers in Pairs?

Even though wipers are sold individually, it’s not the best idea to only replace one wiper. Depending on the quality of the wipers you pick up, you’ll probably change them every 3 to 6 months. Since this is so frequent, it doesn’t make sense to only change one. This helps to eliminate having to remember two different dates to change your blades separately.

Plus, changing wipers is a five-minute project, if that. The hardest part of the installation is the pesky packaging that surrounds the new wipers.

I would highly suggest replacing your wipers in pairs, even if you don’t buy them in pairs. Some cars use the same wiper size for both wipers, which makes it easy. If not, you need to be pretty mindful when you’re installing the new wipers.

Putting the wrong size on the wrong wiper will lead to smearing and improper wiping when it’s raining.

A trick that I learned is to only open one wiper package at a time. Replace the corresponding wiper and hold them next to each other to ensure they’re the same size before fully installing it.

If you look in Rain-X’s brochure, you’ll find more than a dozen types of windshield wiper blades. How could a piece of rubber and metal be so complicated?

It has to do with the kind of rubber they use and any extra engineering that goes into it. The top-of-the-line options they offer are more than triple the cost of the entry-level options.

It all depends on your budget and what you’re looking for. More expensive wipers are going to last longer, but they’ll never last more than a year with continued use.

My suggestion is to go with options somewhere in the middle. Entry-level wipers tend to wear out really quickly, and you’ll find yourself changing them seasonally. Even though they’re easy enough to change, it’s just a hassle remembering when to swap them out.

Most of the time, you won’t remember until your wipers start smearing rain across your windshield. This leaves you in an unsafe situation.

I’ve tried the really expensive wiper options in the past, and I wasn’t really blown away. They’re great options, but I think it’s not worth the money with how often they need to be replaced.

Are Paired Wipers Worse Than Single Ones?

You might also find a number of paired wipers at your local auto parts store. Does this mean that the paired ones are specially made for your car? Not at all.

A paired set of wipers could fit on dozens of different vehicles. There’s nothing special about this pack.

You can pick up a set of paired wipers or just pick up two individual blades, and you’ll see the exact same results.

What if You Use the Wrong Wiper Size?

If you use the wrong wiper sizes, it’s not the end of the world. You might hear some odd squeaking as they move, and you’ll probably notice some smearing.

I’d suggest swapping them to the correct sizes as soon as possible.

It’s easy to install the wrong-sized windshield wipers since the mechanism that hooks into the wiper arms is identical from blade to blade (as long as both blades are the same model).

Wiper blades don’t have to be sold in pairs, but they should be replaced in pairs. If you have more car questions, take a look at my site and find more answers. In addition, I have a long list of car products that you might benefit from. 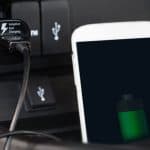 Will a Phone Car Charger Kill Your Car’s Battery? 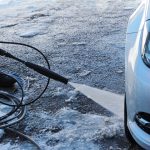 Should You Wash Your Car in the Winter? 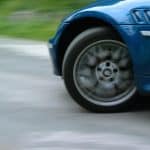 Why Are My Car Wheels Squeaking? 12 Causes and Fixes 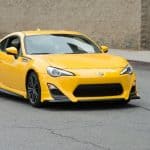 5 Of The Best Engine Oils For The Scion FR-S