There are so many parts that go into making a car, and the everyday driver doesn’t think about most of them. For instance, do you know how important your motor mounts are? Some people don’t even know what their mounts are or what they do.

Even though motor mounts are so critical, you can drive on a broken motor mount for years if you can ignore the loud noises and rattle while driving. As long as the mounts are correctly torqued down and firmly attached to your framework, there’s no immediate need to replace them however, you should consider changing them as soon as possible, to avoid engine damage.

In this guide, I’ll explain exactly what your motor mounts are, why they’re so important, how they can break, and how long you can drive with a broken motor mount.

What Are Motor Mounts?

As the name suggests, the motor mount is a series of fasteners that mount your engine to the framework of your car.

Motor mounts isolate vibration from the engine which cuts down on the overall noise. They also fasten your engine to the sturdy framework of your vehicle.

Vehicles typically have a few different motor mounts. At least one is used to fasten the engine as I just mentioned, and a few are used to tie together the engine and transmission.

The mount itself can vary a lot from vehicle to vehicle. Commonly, it’s a threaded rod, a rubber boot to isolate motion and dampen it, and metal features that interface with your car. The metal feature usually has some holes through it that allow bolts to go through, fastening the motor mount to the framework.

It’s important to reiterate that the mount pins your engine down to the framework of your vehicle. As you might know, your vehicle’s framework is a very strong assembly of metal parts. It’s responsible for keeping your car rigid and sturdy, even when you drive at highway speeds.

Without a sturdy frame, your car won’t be able to move in a straight line, and accidents would have a much higher fatality rate.

Since the frame is so strong, it can be used to pin down your engine block.

The Importance of a Motor Mount

A motor mount is designed to do two things: isolate vibration from the motor, and make sure the motor is rigidly connected to your car.

As you’re driving, a lot of little explosions are going on inside the engine. Each of these explosions results in a ton of force and vibration.

If your engine wasn’t rigidly connected and vibration-isolated, these vibrations can shake your engine loose and do serious damage under the hood.

If you look at an engine mount, you’ll get a better idea of how much force is at play. There are big chunks of metal on the mount and a lot of rubber to keep things running smoothly.

Another side-effect of vibration in machinery is that bolts will start to loosen themselves. In other words, if your engine was free to vibrate as much as it wants to, bolts all over your car will come loose and lead to even more issues.

While a motor mount absorbs vibrations and pins your engine block, it’s also eliminating a lot of noise. One of the big symptoms of a broken motor mount is loud clanging and slamming in the front of your car. This happens when your engine isn’t rigidly connected to your car.

Motor mounts were designed to be the easiest and least expensive solution to the problems that they solve. As a result, there’s no way to actually repair them.

Instead, you’ll need to replace your motor mounts when you notice they’re broken.

My suggestion is to replace all of your motor mounts at the same time, even if just one mount is broken. This will help you avoid running into the same issue in a few months when the next mount fatigues.

Reasons Why Your Motor Mount Is Broken

With a part this critical, you might wonder why it could break in the first place. After all, motor mounts are relatively simple parts. Well, here are a few reasons why your motor mount is broken.

I keep mentioning the amount of force that your motor mount has to deal with. Over time, this force takes a toll on the mounts.

When your motor mount is in service for about 5 to 7 years, it will show signs of fatigue and aging. At this point, the rubber will have worn down and will stop being useful.

Without the vibration-dampening rubber, your mount will just keep your engine pinned but won’t stop any of the annoying and dangerous vibrations.

Another culprit could be the great outdoors. There are a lot of reasons why I suggest parking inside, and one of them is to protect components like your motor mounts from weathering.

In this case, weathering occurs when rain and changing temperatures come in contact with the metal and rubber of the motor mount. It can cause corrosion and excessive wearing.

If you park your car outside, it’s unlikely that you’ll be able to go 7 years before you have to change your mounts.

Bad news for some DIYers — it’s easy to incorrectly install your motor mounts. Even though it looks like everything is tightened and installed correctly, you could run into problems pretty quickly.

In the case of incorrect installation, the mounts aren’t sitting in the correct position which will force them to wear more quickly. If they aren’t torqued down correctly, then they can wiggle loose and lead to other damage.

I typically suggest having an honest mechanic take care of the installation for you.

As your engine revs higher, it vibrates more and creates more energy. With that being said, your mounts can prematurely break if you drive your car too hard and redline too often.

Redlining refers to getting your car’s rpm near its maximum before shifting (shown as a red line on your rpm gauge). For any commuter car, there’s no reason to redline. Redlining will only wear out mechanical components faster and can lead to very big and expensive problems.

If you have an automatic car, take it out of “Sport” mode and be gentler on the throttle. For manual cars, consider revisiting my manual driving guide to learn the right revs to shift at.

After having an accident, there are a lot of hidden damages that can show themselves after some time. One example of this is your motor mounts. During a collision, the force can rattle, dislodge, and lock up components across your vehicle.

With your motor mounts, a certain amount of force can cause the rods to bend and the rubber to get damaged. This will lead to your mounts wearing even quicker and requiring replacement sooner.

Fluids Leaked on Your Mount

There are a lot of fluids swirling around in your engine compartment. While oil or transmission fluid won’t burn your skin, it will break down raw rubber components.

If you have a fluid leak under your hood and some of it gets on your motor mounts, the rubber can start to decay quickly. As a result, the mount will wear out and stop absorbing vibrations. You’ll notice shaking and loud noises — two clear signs that the rubber is damaged on your mounts.

How Long Can You Drive With A Broken Motor Mount?

Now I’ll answer the important question: how long can you drive with a broken motor mount? The answer is a little anticlimactic.

It depends on a lot of factors.

If the rubber on the mounts is shot but they’re still firmly attached to your framework, there’s no real limit. I had a buddy in high school who simply ignored his broken motor mounts for the full two years he drove to school.

You’ll experience annoying clanging and bumping from the front of your vehicle, but this typically won’t lead to bigger issues.

As you drive faster and push the accelerator harder, these bumps will be more jarring.

If the mount is broken in a way that the bolts can’t fully torque, then you’ll want to replace them as soon as possible. You might just have a few days of driving before something important comes dislodged and breaks under the hood.

Furthermore, if just one of five mounts is broken, there’s a chance that the other four will pick up the slack.

My personal advice is this: get the motor mounts replaced as soon as you can. It’s not worth the added risk and discomfort while driving. After all, the parts are incredibly inexpensive, and the labor doesn’t take very long.

Shops typically charge anywhere between $200 to $600 to replace a single engine mount. The reason for this is certain factors at play like location, difficulty to access, complexity, and the cost of the part itself.

Once you notice the signs of a bad motor mount, you can expect some damage in the future. Down the line, the added vibrations can wear on your engine. This extra force might cause your engine to fail and require a rebuild sooner than expected.

Plus, the extra vibrations can cause other fasteners to start to loosen. Earlier I mentioned that I had a friend in high school who simply ignored his broken motor mounts. He came into school one day with a bolt that he found under his car one day, with no idea where it came from.

This is to be expected if you go long enough without replacing your broken mounts.

Your vehicle’s motor mounts are important parts that reduce vibration, keep your engine in place, and result in a more comfortable ride. When they break, you should get them replaced as soon as possible. However, you can technically drive with broken motor mounts for years on end before it becomes critical (though I would highly suggest against doing that).

3 Signs Of a Bad Motor Mount 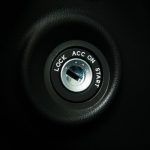 How Long Can a Battery Last on Accessory Mode? 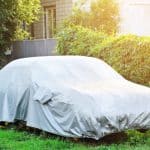 The Pros and Cons of Car Covers Explained 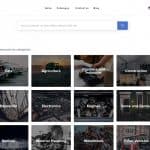 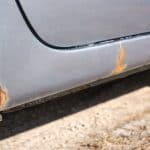 How To Prevent Vehicle Rust From Getting Worse