In this blog post, we will discuss what an alternator does and how to know if it’s bad. Keep reading because we will also talk about what to do if your car won’t start and the alternator is to blame!

Will a Jump Start Work On a Car with a Bad Alternator?

A jump start may work on your car even if your alternator is faulty.

If your car does start, this is because the battery has enough charge left that the car can still run. However, because the alternator is bad, even if your car starts it may not run for a long time, since the battery is being continuously drained with no way to recharge it.

If you try to jump-start your car and it doesn’t turn on it is most likely because the alternator is bad and the battery is completely drained already.

Sometimes the car will run after a jump start and you will turn off the car and it will not start the next time you go to drive. This is a good indicator that the alternator is indeed bad and needs to be replaced.

How to Tell If Your Alternator Is Bad?

The following is one way to check if your alternator is bad using a voltmeter:

Another way to know if the alternator is bad is if your car dies after a jump start. This means there was enough juice in the battery to get the car started but the alternator was not working and so the battery could not recharge. Thus by the time you got to where you were going and shut off the car, the battery had used up its energy and would need another jump start.

How to Tell If Your Battery Or Your Alternator Is Bad?

Many auto parts stores will test your battery for free.

These stores will likely use a voltmeter, so if you have one of those, follow the same steps for checking your alternator with a few changes:

Now, let’s see the next signs.

Check Your Car for Unusual Behavior

Sometimes cars will give you signs that the alternator or battery is bad.

Use this list to check and see if one of these things is faulty with your car:

Now, let’s see some signs you may have a bad battery specifically.

Signs of a Bad Battery

There are some distinct signs of a bad battery.

Be on the lookout for the following:

Now you know everything about whether your car will start using a jump start if the alternator is bad.

In Summary: A Jump Start May Work Even If the Alternator Is Bad

Sometimes you can get a car to start even with a bad alternator, but it won’t stay running for long. Your car may not start if you have a bad alternator because the battery is now dead and has not been able to recharge.

How to Stop Your Windshield Wipers from Streaking 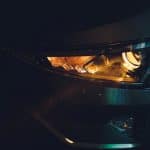 How to Fix Dim Headlights and Cab Lights on a Car 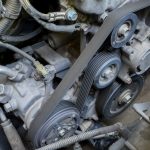 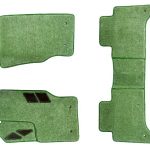