If you’re not someone who digs into engine options, it might be confusing when people talk about what engine is in a car and wait for your reaction. If someone told you that they dropped a 2JZ-GTE into their car and you thought they were talking about a rap album, I’m here to help.

The truth is that 2JZ engines are among the most reliable engines ever made. The manufacturing was flawless, and the designers overengineered it. As a result, these engines don’t suffer common issues that less expensive versions do. They last longer and are much more reliable than a standard engine. 2JZ engines were made in the early 90s, and they still hold up really well to today’s standards.

In this guide, I’m going to be talking about 2JZ engines. I’ll explain what it is, why it matters, and why people love them so much, and I’ll dig into its reliability. More specifically, are 2JZ engines really reliable?

What Is a JZ Engine?

A JZ engine is something commonly used in JDM vehicles. It’s one of the more common engine types, and it’s as well-known as the great American LS engine.

It’s an engine that was developed by Toyota, so it was exclusively used in Toyotas and Lexus back in the day. It had a production run from 1991 until 2007.

Within the 2JZ family, there were three options: 2JZ-GE, 2JZ-GTE, and the 2JZ-FSE.

In the car world, the 2JZ engine specifically is touted as a legend when it comes to power, being able to modify it, and reliability. In my opinion, it’s a bulletproof engine that’s been dropped in some of the greatest cars in Japan’s history.

You can also find a 2JZ-GTE in a vehicle. In this identifier, the “2” tells you that it’s the second generation in the JZ lineup. The “JZ” is the engine family that doesn’t specifically stand for anything, even though people like to make guesses as to what the acronym really means.

The 2JZ-GTE that the Supra had was a twin-turbocharged variant, and it made 227 horsepower at the time (which is a ton of horsepower) completely stock with no changes. With some configuration changes, the same 2JZ-GTE would create 325 hp for the Toyota JZA80 Supra.

In the early 90s, that 2JZ-GTE engine allowed for 3.0L of displacement. That was unheard of at the time, and it’s still a very impressive metric.

The 2JZ engine is used in a lot of Japanese classics. Most popularly, it was used in the third generation run of Toyota Supras, and the 1JZ predecessor was found under the hood of any second-generation Supra.

You can find a 2JZ engine in any of the following stock options:

You might not recognize these cars for two reasons — they were produced in the 90s, and they were way more popular in Japan.

Regardless, the engine speaks volumes.

What Goes into Engine Reliability?

When it comes to engine reliability, what am I talking about? Your car’s engine is something you probably don’t even think about until you get over 200,000 miles. With a car like any of the Toyotas listed above, the owner might not ever think about the engine.

The engine is one of the most expensive parts of your car, and it’s typically a death sentence for older cars. With an old car, once the transmission or engine stops working, it’s usually too expensive to justify fixing it. Instead, the owner will scrap the car and get another one.

In any car with a 2JZ engine under the hood, the answer is a resounding “yes” for both questions.

Why The 2JZ Engine Is So Great

When it comes to engine reliability, it’s all a result of solid construction. How the engine was designed, manufactured, assembled, and installed can make or break an engine’s reputation. All it takes is one weak part of the assembly, and the whole engine will fail.

I’m going to cover some of the factors that make 2JZ engines so robust and reliable while explaining what makes the engine so great as a whole.

When it comes to getting a performance tune, your car’s engine is typically the limiting factor. A performance tune changes variables in your engine to deliver more power and get the most out of your vehicle. It boosts your horsepower and overall performance.

With a 2JZ engine, the tunability is massive. Thanks to how the engine is made, assembled, and cooled, a well-made tune can turn a 2JZ engine into a rocket ship.

Even after the tune, your engine will still hold up. It has seven oversized bearings that firmly hold the crankshaft, and the stock water pump can keep up even after heavy mods.

Some vehicles have failures elsewhere if the engine is tuned too far, but 2JZ cars avoid this issue.

Another part of tuning a vehicle’s engine is to optimize the air-fuel ratio used. Having the perfect ratio will optimize your vehicle’s performance, improving almost every speed and acceleration statistic.

With a stock 2JZ engine, the air-fuel mixture is nearly optimized already. There are four cylinders in each valve since the dual cams are housed overhead.

Rigidity is another way to find out how reliable a part is. You could have a solid engine block, but if it’s mounted with tiny fasteners on a little strip of metal, then it’s not rigid.

Engines create a lot of force as they move around. With a block that isn’t rigid, you’re asking for trouble in the future. Every mile you drive comes with a higher chance of failure.

If the engine rattles and hits nearby components, then it can also get damaged.

Toyota’s 2JZ engines are incredibly rigid. The block is really big, uses thick walls, and came with massive mounts. As a result, the assembly was bulletproof. You could push the engine to its limits, and it wouldn’t vibrate out of control or fail.

This gets into the weeds a little bit, but I’ll try not to get too technical. To put it simply, a 2JZ engine uses a very simple mechanism for the whole combustion process. It has fewer moving parts than other engines do.

With reliability, fewer parts mean higher reliability. It boils down to the fact that fewer things can break, so you’ll run into fewer broken parts.

If you want the more technical version, here it is: the 2JZ engines used a bucket-style lifter on camshaft lobes instead of “rocker arms” and “pushrods.”

When you’re making an engine, you have a lot of decisions to make. There’s typically a trade-off, and it’s a matter of making the right decisions to get the right final product.

The design team at Toyota made two critical decisions for their 2JZ engines. They made them out of cast iron, and they chose a closed deck configuration.

Cast iron is an incredibly strong metal to work with. As a material, it’s hard to break, hard to work with, handles heat well, and doesn’t expand as much.

As an engine material, it’s one of the best to choose from. It means the engine can be pushed hard, and it won’t crack or fail.

As far as the configuration, a closed deck means that the shared area between cylinders is very small. As a result, cylinders can handle higher compression points and handle much more power before failing.

The configuration and material chosen are much more expensive and harder to manufacture, but they’re infinitely more reliable.

Each 2JZ engine used multiple layers of steel in the head gasket design. What does this mean? It means added rigidity, strength, and reliability at one of the points that fail the most often.

When an engine fails, it’s often thanks to a blown head gasket. The gasket can crack which causes a ton of mechanical issues which ultimately cause your engine to stop working.

A cracked head gasket will cause you to lose coolant and overheat, lose compression and have a rough idle, or contaminate your oil and seize the engine.

With Toyota’s head gasket design in the 2JZ engines, this isn’t a problem.

2JZ engines are some of the most reliable engines ever made. Vehicles with these engines in them are still running, more than 30 years later.

I mentioned some reasons why these engines are so reliable. The bottom line is that Toyota’s development team put a huge emphasis on power and reliability when they were building this engine, and it’s very clear to see.

They used cast iron, a closed deck configuration, fewer moving parts, more coolant runs, plenty of extra metal, and additional layers of steel where it mattered most. As an engine, it’s massively over-engineered. Mechanically, it’s bulletproof and can run forever before failing.

The 2JZ engine family that Toyota came up with in the early 90s is one of the greatest engine options that ever existed. It propelled some JDM classics to the top of the list, and as a testament to this engine’s greatness, there are plenty of cars with this engine that are still on the road today.

Why Is The 2JZ Engine So Strong? This Breakdown Shows Why

How to Find Out Where the Oil Leak Is Coming From 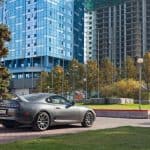 10 Cars That Appreciate in Value 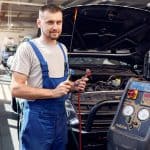 How to Troubleshoot a Vehicle’s Air Conditioner 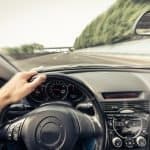 How Far Can You Drive an Overheating Car?