In this article, you’ll learn the difference between understeer and oversteer. Both of these phenomena are rare and usually only seen when driving around a track or on icy/wet roads.

Where Do Oversteer or Understeer Occur?

Before getting into these terms, it’s important to understand where they happen. This often happens as a car is going around a turn in conditions that aren’t perfect.

This either means the driver is going too fast, the road is slick, there’s ice, or the tires are worn out. Either type of steering can happen if your tires aren’t optimal, so it’s important to grab a set of winter tires and make sure your tires are healthy.

If your car understeers, you’ll nearly go straight through a turn. Even though you turned your wheel, your car will only slightly turn but continue in a nearly straight line.

The problem, of course, is that you’ll run off the road with understeer.

A car that understeers around a bend will take a wider radius than the turn. Even though it’s called understeering, you’re overshooting the turn.

How to Correct Understeer

If you find your car understeering, your first instinct should be to get off the gas. Apply the brake gently if possible. Rather than turning further, ease your steering wheel and start to turn in the opposite direction. This helps give your tires more grip and it’s the only hope to help you get out of this slide.

Oversteer is when your car kicks out as you go around a turn. It’s a more chaotic version than understeer. You might do a 180 or luckily skid to a stop while still on the road.

Another way to think about oversteer is that you’re taking the corner too sharply. Rather than following the natural curve of the turn, oversteer will take a more sharp corner.

The joke in the car world is that oversteer is the preferred type since you won’t see the tree when you crash into it.

There’s also a form called “lift-off oversteer” which happens when you pick your foot up off the gas pedal too quickly as you go into a turn.

This results in the rear of your car lifting up and becoming lighter, sending you into a spin.

How to Correct Oversteer

Oversteering commonly happens when you’re going too fast and giving it too much gas around a turn. Smoothly release the throttle and turn your wheel in the opposite direction.

If you’re experiencing lift-off oversteer, you’ll need to smoothly apply the throttle again. This definitely seems counter-intuitive, but it’s the only way to drop the rear axle back to the road and give them grip again.

If all else fails, throw it in neutral and slam on the brakes. Fingers crossed that you finish spinning on the asphalt.

What Causes Understeer or Oversteer?

The simple answer is that either of these can happen due to a lack of grip. If you turn your wheel too sharply or you hit a low-friction patch of asphalt, your car won’t turn correctly.

Whether you under or oversteer simply depends on what kind of drivetrain you have.

What Does the Drivetrain Have to Do with It?

Oversteer commonly happens in RWD, and understeer happens in FWD cars. Why? It’s all about physics.

The wheels that deliver power will determine whether you over or under steer.

It goes without saying that oversteer and understeer are both equally scary. We just described these two and told you what causes either one, as well as some quick tips to try to get out of an understeer or oversteer. Remember to take it slow on turns, especially when the road is slick – it will help you avoid this type of steering. 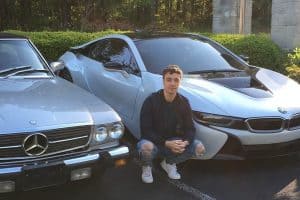 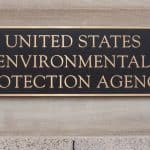 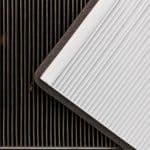