Rear wipers are a standard feature you’ll find on vans, SUVs, and numerous car models. However, if you’re familiar with the design and build of a coupe, you’ll notice that these classic cars never sport rear wipers. The question is, why doesn’t this particular type of car boast a part that is deemed crucial to others?

The overarching reason why many coupe cars do not have rear wipers is that their aerodynamics and rear window design prevent any significant build-up of dirt, debris, or water that would otherwise inhibit visibility through the rear windows. This tapering design renders rear window wipers on coupes overtly unnecessary.

In this article, we will explain how a coupe’s aerodynamics and rear design ensure its rear windows stay clear enough that drivers would not need rear windows. As you read, you’ll also learn several additional reasons that might contribute to coupe manufacturers abstaining from including rear wipers in this car’s design.

Why Does Aerodynamics Matter?

To understand why a rear wiper is not necessary for coupes, you first have to understand the crucial role that aerodynamics plays in car design.

Aerodynamics is “the study of the properties of moving air and the interaction between the air and solid bodies moving through it.” In essence, it refers to how effectively a coupe cuts through the air while in motion. The more aerodynamic the car, the better it will perform in terms of fuel efficiency, handling, and stability.

A coupe two-door vehicle, like most cars, often times resembles a teardrop/raindrop-like shape to minimize drag while keeping airflow attached to the car’s surface as long as possible since air extricating from the surface would cause turbulence. This, in turn, would add strain on numerous components of your coupe, particularly the engine, as it struggles to cut through the air effectively due to the pressure differences along its exterior.

As a result, you’ll find your car moving slower, particularly at high speeds, despite how hard it’s working, which is why these cars tend to have poor fuel efficiency.

Thankfully, coupes are exceptionally aerodynamic vehicles with low drag coefficients (a measurement used to quantify aerodynamic performance) thanks to their ingenious exterior body and undercarriage designs that limit drag and lift.

How Does a Coupes Aerodynamic Design Keep Its Rear Windows Clear and Compare?

Coupes have two doors, a fixed, sloping roof, and a three box-design. This gives them their sleek and sporty look but also contributes substantially to their aerodynamics and keeping their rear windows clear.

As the air flows over and around a Coupe, its aerodynamic, rounded shape and sloping roof ensure not only that the air remains attached to the car’s surface until it reaches the vehicle’s end, but that it drags any water or debris that might have otherwise stuck to your rear window with it.

This process is more effective and noticeable when your coupe is traveling at high speeds, but overall, it is the coupe’s aerodynamic design that keeps its rear window clear without a wiper.

If you were to compare it with other vehicles that do feature rear wipers, you’ll likely notice they boast angular, geometric, or blocky designs that inhibit their aerodynamic performance significantly. This leads to deposits of debris or the accumulation of water in their windows that can’t be removed by airflow alone, so wipers are necessary.

Other Reasons Why Coupes Don’t Have Rear Wipers

As we stated previously and explained, the overarching reason that coupes don’t have rear wipers is that they excel in aerodynamic performance to the extent that airflow alone keeps their windows clear enough to be visible without wipers. That being said, this isn’t the only reason at play.

Additional reasons why coupes don’t have rear wipers include:

Because coupes have been around for decades, not all these reasons apply to every model. Still, they are stated frequently enough by car manufacturers and engines which warrants them being listed here and discussed in more detail below.

Modern cars are wonders of engineering, especially when you consider how many parts must fit perfectly within a limited amount of space while still reaching common goals regarding performance, comfort, etc. In the end, this process of designing and building a car is a game of give-and-take. You have to decide what is essential, what features you’d like to include, and what features you simply don’t have the space for.

To begin with, coupes are often smaller in comparison to a four-door vehicle, so it doesn’t make sense to try and find space for a rear windshield wiper motor, washer-fluid reservoir, and other parts necessary for rear wipers when the feature itself isn’t wholly necessary.

Going along with the fact that coupes don’t really need rear wipers is the fact that adding this feature to the car, even if there was space, would cost parts. This, in turn, would increase the car’s overall cost unnecessarily. While the feature might come in handy on occasion, most drivers won’t find themselves using it, which will lead them to question why they paid extra for them.

Nowadays, fuel efficiency is one of the top priorities for car consumers, mostly due to the current cost of gasoline. In their current state, most coupes have exceptional fuel efficiency, and this is partially due to their aerodynamics. The unfortunate reality of adding rear wipers is that this feature would actually disrupt the car’s aerodynamic performance by increasing drag. This, in turn, would reduce its overall fuel efficiency as the engine works to compensate for the added strain.

This reason is fairly straightforward. If you were to find a picture of the few cars (not vans, Jeeps, or SUVs) that feature rear wipers, you’ll notice that they often seem out of place or oddly located. Oftentimes, these features disrupt a car’s sleek, round, modern look that car consumers seek. Considering the sheer number of car options out there, something small like this could easily stop a consumer from purchasing a car, which could be detrimental to a model’s sales. Consequently, manufacturers refrain from adding rear wipers unless it is vital to the car’s safety.

Now you know why certain cars feature rear wipers while the sporty coupe does not. Although this feature isn’t solely tied to a car’s aerodynamics (there are numerous cars that are aerodynamically sound that are equipped with rear wipers) it plays a significant role in a coupe’s ability to do without rear wipers. As car design continues to improve, it wouldn’t be unfeasible to predict that rear wipers will one day go extinct on all car models.

Bob is The Oil Guy

Why no rear wipers on some coupes/all sedans?

Sedan vs. Coupe: How Different Are They?

Why does air friction affect a car’s gas mileage? 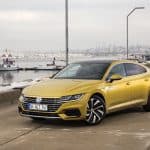 Why the LS Engine Is So Great 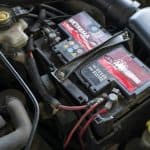 Should a Car Battery Spark When Connecting It?