If you didn’t hear the sad news, we’re approaching the funeral of the gas-powered car. It might not be immediate, but it seems clear that the time is coming. Before getting your black suit out of the closet, let’s take a closer look at what this means and what’s causing it.

As your car’s internal combustion engine gets you from point A to point B, it leaves a trail of emissions that ultimately play into global warming. By cutting back on emissions, the scale of global warming will ramp down.

The EPA already made an effort on this front by being more strict about allowable emissions from production vehicles. Remember a few years ago when Volkswagen was in hot water because they were lying about their emissions testing.

The big bill in question was the Clean Air Act. This was a federally-backed bill that started tightening things up as it pertains to emissions and burning fossil fuels. There’s a good chance that we’ll see another act like this one in the coming years.

The End of Gasoline Powered Cars

After Biden took his seat in the White House, the government decided that enough was enough. They are trying to pass a federal bill that bans the new production of gas-powered cars by 2035. Yup, that’s 14 years from today.

If it gets passed, no new vehicles will be manufactured with an internal combustion engine (ICE). Car manufacturers will have to completely pivot to alternative fuel sources for American-bought vehicles.

The bill hasn’t officially been passed, but it has sparked interest from different states to follow suit. States like California, New Jersey, Massachusetts, and Washington have announced their plans to ban state-wide sales of ICE’s in the coming decade or two.

This means that even if the federal bill doesn’t pass, we’ll probably see a number of state-level legislation that withholds the bill. This could change a lot, depending on what alternative we go with.

If gas is going away, what’s going to replace it? It’s not like we can all just stop driving cars and still lead the same lives. There are two major replacements when it comes to getting rid of gas-powered cars: electric and hydrogen.

This question depends on who you ask. The overwhelming majority is pointing to electric cars. Have you heard of a not-so-little company called Tesla? They’re doing everything in their power to produce and sell a true replacement for the gas-powered car.

In fact, between electric and hydrogen, electric has a huge head start. There are a lot of car manufacturers that are switching to electric vehicles (EVs) already. That’s because the general skeleton of the car can more or less be the exact same between an EV and an ICE.

You might not have heard of hydrogen-powered cars, but they’re very much alive. There are only a few manufacturers that can currently make them, but it’s an exciting new offering in the car world.

It works by converting hydrogen into power. It mixes it with oxygen to burn it and cause the car to move.

The big reason why people love hydrogen is because the final product is pure water and no emissions. The hydrogen is kept in a fuel cell that gets refueled just like gas or diesel does.

The only thing slowing down people from switching to hydrogen is the infrastructure. Drivers need hydrogen refueling stations sprinkled around the country or else they won’t be able to go anywhere. The thought is that once gas-powered cars stop being produced, more and more gas stations can convert to hydrogen stations.

The downside is that you can’t refuel your h-car at home like you can with an electric car. Still, the range, performance, and overall feel of a hydrogen car are really promising. Once more manufacturers throw their hats in the ring, there’s a general understanding that they will out-perform comparable electric cars.

If you want an extra nugget of information, check this out: making a hydrogen car used to be illegal. Why? One of the components is also used in making a hydrogen bomb, but it’s not the dangerous part of the bomb. The government was passed some money by oil titans to keep hydrogen cars off the streets, and this was the only way they knew how. It’s funny that hydrogen cars are finally being produced after electric cars started stealing money from the oil and gas industries.

If the government is truly looking for zero emissions, hydrogen might be the only option. Well, either that or foot-powered cars like the Flintstones had.

We discussed this idea in our in-depth article about electric vehicles, but there is a silver lining to EVs – the cost to operate them. We can’t speak too much on hydrogen cars, yet. Once they’ve been out for longer and more research is done, we’ll have a better understanding of what it takes to own one. For now, we just have the data for electric cars – and it’s looking pretty promising.

When we say “car”, you say “depreciation”! In almost every case, a car will lose value over time. The old saying is that the second your car leaves the lot, it loses 20-30% of its total value. There are some collectible cars that actually go up in value[LINK HERE ERNEST], but we can ignore those for the time being.

In the case of electric vehicles, we’re seeing a much less dramatic depreciation value. In three years, a Tesla depreciates about 10%, compared to an ICE standard of 39%. That’s almost four times slower than a typical car.

This directly translates to a higher resale value. It means that you lose less money simply by owning an electric vehicle.

No oil changes, no timing belts, and no transmission fluid. Electric vehicles simply have less maintenance and fewer things that can go wrong. You’ll go to the shop less often and save a lot of money in maintenance over time.

A Future of Autonomous Cars

Electric vehicles are the go-to when people consider autonomous cars. Self-driving cars have their own pros and cons, but it seems to be the direction that a lot of people want to go.

By perfecting the electric car today, we’ll have a stronger foundation for a future of self-driving cars.

Forget about saving money on gas, one of the best ways to reduce fuel costs is to switch to an electric-powered car. Filling up a Tesla 3 costs less than 4 cents per mile. Compare that to a standard ICE which can cost around 15 cents per mile.

A true car lover will feel very conflicted over this news. If gas-powered cars are going by the wayside, that means no more roaring V-12s or the feel of a naturally carbureted engine. The sounds of mufflers popping will be a thing of the past.

At the same time, a new generation is unlocked. Have you ever driven a Tesla and stomped your foot down? What about a BMW i8? When we test drove the i8, we were told to firmly press our heads against the headrest before hitting the pedal. Why? The sheer acceleration will give you whiplash if you’re not ahead of the game.

Electric motors can deliver power so much quicker than even a naturally carbureted car can. It’s definitely a shame that gas-powered cars might be a thing of the past, but it doesn’t mean that the thrill of driving is dying.

Take a look at Porsche, McLaren, and Koenigsegg – three names that are synonymous with speed, performance, and power. All three have electric-powered vehicles in their line-ups. What’s more, their EVs and hybrids are amongst their quickest cars.

It’s going to take some getting used to, but we implore you to give it a chance. We’re going to be dragging our feet at first too, but once you feel what an EV or hybrid car can do in a straightaway, maybe you’ll get on board, too.

If you’re anything like us, you’re a bit conflicted right now. On the one hand, saving the Earth is a necessity for our kids and grandkids. On the other hand, boy it feels good to hear and feel a massive engine roaring under you. At any rate, there’s not much we can do but wait and accept electric or hydrogen cars in the future. For more news, check out the rest of our blog and stop by for more weekly content.

2 thoughts on “The End of Gasoline Powered Cars” 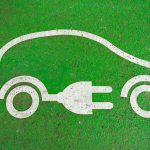