If you’re eyeing an old car and you’re curious about the repair costs, you came to the right place. As a fellow gearhead and old car fanatic, I’ve gone through my fair share of old car repairs and replacements. In this quick guide, I’ll talk about the pricing associated with older car parts. More specifically, are older car parts really cheaper than their modern equivalents?

It depends on the rarity of the part and how old and unique your car is. If you’re talking about a low-volume collector’s car, then you’ll be paying way more money for each replacement part. If the older car was a common option back in the day and you can find the spare part on the shelf of your local auto parts store, then the part is typically cheaper.

How I Define an “Older Car”

My definition of what makes a car older really depends on the context. In this case, I’d like to break the article into two separate pieces: old cars and very old cars.

An older car I would say is anything built in the early 2000s. For very old cars, I would lump in antique, classic, and collector cars — namely, anything built from 1900 to 1999.

This separation is going to make sense in later sections.

Arguably, the most common reason to replace a car part is that the old part broke. This could refer to something as simple as the dial on your AC or as complex as the engine block.

This problem is more prevalent with older cars and commonplace for very old cars. You have to figure each part is only built to survive a certain number of years and miles. With cars that are decades old, that time probably passed already.

In this category, you’re probably shopping in the “like-for-like” department. More specifically, you’re looking for an OEM or equivalent part that you can replace the part with simply because the old part is broken.

You’re Working on a Project Car

With older cars, it’s very common to pick up a junker and turn it into a project car. This could be a car that you found in some old garage or estate sale. More than likely, very few parts of the car actually work, and it might not even turn on.

In this case, you can be looser with the parts that you use for replacements. Since you’re doing the rebuild on your own, you might swap out components for modern equivalents.

The only difference is if you’re looking to fully “restore” a car. That entails using a certain percentage of OEM parts from the actual make, model, and year that you’re working on.

If you’re just looking for parts that fit and work, then you don’t care so much about OEM parts.

You Want to Improve the Performance or Reliability

Maybe you’re not crazy about how fast your old car goes or the lack of gadgets in the cabin. That might lead you to replace parts with modern equivalents and soup up the performance overall.

Some people might opt for modern-day, brand-new parts that can fit in their older cars.

Are Older Cars Cheaper in General?

We’ve seen the recent trend of classic cars and some newer collector cars skyrocket in value due several reasons. Finding one has never been easier with online marketplaces displaying vehicles just a few clicks away.

However, just because a vehicle is aging, that doesn’t necessarily mean it’ll be a collector car. In fact, the general trend is that older used vehicles depreciate steadily over time to the point where there are simply fewer of them on the road.

That’s because cars will lose their value over time. After 60 years, their reliability and performance don’t appeal to the mass market. As a result, their resale value drops, and they become harder to sell, difficult to maintain, and finding parts can be a hassle depending on the rarity.

For instance, let me talk about the 1973 Thunderbird — definitely a great car and a staple of pop culture back in its heyday. If I go to a classic car posting site, I’ll find that a lot of them are for sale for less than $10,000 even though they’re still running and in “excellent condition”.

Compare that to a modern Honda Civic. The newest models have an MSRP of $22,500 and up, and I can find plenty of 2012 Civics going for sale at the same price as that ’72 Thunderbird.

As you look through catalogs of old cars for sale, the same story is true for most of them.

The exceptions are the ultra-rare, collector-grade cars — like a DeLorean DMC-12, for example. If you have one of those that is actually run and drive, you can throw it online for $100,000, easily.

When you price a car, you can convert the price into “usable years”. In other words, if a car has 100k miles and that make and model tend to get 250k, then you’re selling the remaining 150k miles.

With very old cars, there’s such a wide range of mileage that you’ll find for listed cars.

Let me shift gears and answer the question you had in the first place: are older car parts really cheaper? The disappointing answer is, “it depends”.

Like a lot of questions in the car world, there’s not a single answer that deals with every fringe scenario.

Due to the simplicity of the part, it makes sense that they should be less expensive. They didn’t use fancy nitrous systems or turbochargers back then.

Cars didn’t even use complicated electronics, so everything was easier to look at and understand under the hood.

If the part is a universally available part that you might find at an auto parts store down the street, then it’s almost always going to be less expensive than the modern equivalent.

However, you’re also dealing with a matter of scarcity. If the part isn’t at your auto shop, then the panic will probably start to set in. From there, you’ll likely need to find a private seller who listed that part online.

From there, there’s no telling how much they’ll mark the price up. The supply is incredibly low and the demand is unavoidable (since you need that part for your car to run). This allows the seller to price it however they want to.

The rarer and more unique the car, the more expensive the part will be.

It’s feasible that you’ll pay 10x more for your older car’s part than a modern version of the same part.

If you ask the same question for very old cars, the answer will be even more dramatic. If you can even find the part listed, it will go for even higher prices since it’s even rarer.

Buying uncommon parts for older cars also becomes a “buyer beware” situation. There’s no guarantee that the part will work that the seller has listed. Suddenly, you have to trust a stranger online and pay them a ton of money for a gamble.

Is It Cheaper to Repair Older Cars?

I wrote a guide a little while ago that explains how older cars are easier to work on, but are they also less expensive to work on? In general, no.

Spare parts on today’s cars are so abundant that you can go to Walmart and get almost everything that you need for a full rebuild of a modern vehicle. The same is definitely not true for older cars.

As I mentioned, there’s a level of scarcity and rarity for a lot of older car parts. If you’re doing a full rebuild, then you’ll need to be patient or willing to pay extra.

I’ve read some guides online that suggest buying an old car and rebuilding it so you can save money when it comes to having an operational car.

This is very far from the truth. Just the pure time commitment required to rebuild an old car makes it not worth the money as a daily driver.

On top of that, you might spend months hunting down replacement parts (I’ve been in this exact scenario in the past).

If you’re looking for a cheaper alternative to having a car, shop for options from the late 2000s or early 2010s. They still have plenty of life left and the prices are very good. If you want a reliable option from this generation, consider a Camry or Civic — those 2 cars refuse to die.

Where to Find Older Car Parts

I’ve worked on plenty of older cars in my days, so I know the best spots to go to. My best bet is to usually look at eBay since there are lots of auto parts listed on their site.

To be honest, that’s the only site I use at this point for older parts. I’ve come across too many scams in the past, buying from a random car site and then never receiving the part or getting one that didn’t work with no type of customer support to help out.

Also, there are some websites or specialists that either run a repair shop dedicated to a specific style of car or have a parts warehouse with NOS (new old stock) parts.

For example, TheSLSHOP.com is a restoration shop in the UK exclusively for older-style Mercedes.

If you’re shopping for older car parts, I would start by checking your local auto part store and then going to eBay if you can’t find them there.

There you have it — I just covered everything you need to know about older cars and their replacement parts. Their parts should be less expensive if they’re easy to find, but there’s a good chance that you’ll need to search for the part and then pay a ton for it.

If you have other questions about owning and maintaining your car, check out the rest of my site. I upload new content every few days, and my goal is to answer every question you might have about your car. As always, check out my list of recommended car products that might make your life a little easier.

Why Your Car Heater Is Not Working (And Easy Solutions) 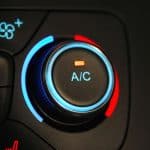 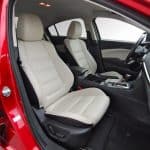 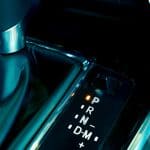 Why Your Car is Stuck in Park: 5 Causes and Fixes