How Do an Alternator and Battery Work Together to Power a Car?

The alternator produces AC electrical current from the running engine. This current is passed to the battery that stores energy. The stored energy in the battery is released as “DC current” to power everything within the vehicle and is necessary to spark the engine when turning the key on in the ignition.

Once the car is started and the engine is running, the alternator is engaged and sends current back to the battery. The battery then sends a direct current to the parts of the car requiring electricity. It is also banking extra energy for future use.

In order for this system to work smoothly, the alternator and battery must be in good working order. If either is weak or damaged, it will cause issues with how your car functions.

Can You Run a Car With an Alternator and No Battery?

An alternator that is working properly will continue to work in a vehicle that is turned on, even with a battery disconnected battery. Disconnecting a car battery while your car is running may result in damage to the car’s electronics.

Do not be tempted to test your alternator by disconnecting the battery while the car is running, as this can cause damage to your car. If you are wondering if the alternator is working properly you can check your alternator and your battery with a multimeter.

Will A Weak Battery Damage An Alternator?

All it takes is for one cell in the car battery to have gone bad. The excess stress put on an alternator as it attempts to charge the dead battery will cause the alternator to fail.

Therefore a weak or dead battery should be replaced as soon as possible. If your battery has died due to lights left on, or doors left open the best way to start your car is to jump-start it using a good battery and jumper cables.

How Do You Know If Your Battery is Weak?

Here are some signs of a weak battery:

A battery tester can be used to see how much charge a battery has.

If your car starts after being jumpstarted, then there is a problem with the battery. If you have a battery tester, this can be used to determine how much energy is stored in your battery.

If the battery is weak it is not going to register at the full capacity, and it will quickly lose any charge it receives from the alternator or charger.

When you are experiencing problems with your battery, be sure to check for loose cable connections as well as corrosion around the terminals. Tighten any loose cables and clean off the corrosion. Doing these things will help a battery maintain performance.

What Are the Signs of A Bad Alternator?

If the alternator is going out the interior lighting may begin to grow very dim as the car is being driven. The exterior lights such as taillights and headlights will also begin to fade out.  The battery is dead. Unusual sounds may be heard from your car as it accelerates.

If you are experiencing signs of a bad alternator you should have it checked, before it causes hardships for you, as these can lead to extreme inconvenience, or prove to be dangerous in a driving situation.

Your car may make odd noises if the alternator is going out. If you hear:

Pay attention, as new noises are often your car’s way of alerting you that something is wrong.

One thing that happens with a failing alternator is that you notice your electrical system losing power while you are driving. Your headlights are quickly growing dim and the dashboard lights are becoming difficult to see.

This is a dangerous situation especially at night and on a freeway! If your lights are dimming, other vehicles will have a difficult time seeing you. You also risk having the car lose power completely as the battery dies.

Get your car off the road as quickly and safely as possible. If you can make it to a mechanic drive there with care. Otherwise, call your roadside assistance such as AAA. DO NOT turn off your car unless told to do so.

Should You Run Your Car On The Alternator Alone?

Though it is feasible that your car will continue to run with only the alternator, it should not be attempted. Doing so can overheat your alternator, and disconnecting the battery while the car is running could result in a power surge that damages your vehicle’s electronics.

Signs of a Bad Alternator or Battery

Does a Car Battery with a dead cell cause failures of alternators?

How to Remove Car Battery Corrosion 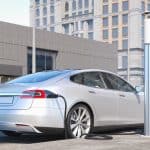 How Many Americans Are Converting to Electric Cars? 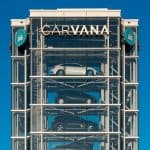 Are Carvana Cars Good? Everything You Need to Know 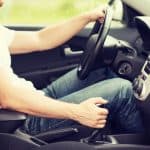 How to Drive a Manual Car: The Complete Guide 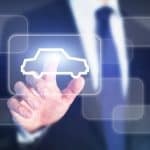 How to Choose Your First Car: 20 Important Tips