In the world of aftermarket modifications, there’s no real manual to answer all your questions. You might hear someone bragging about how they just installed some stainless steel headers to make their ride louder. Before you get jealous, let’s talk about what headers actually do.

Car headers do not make your car louder as compared to the stock exhaust manifold. This aftermarket addition is used to improve the performance of your car and give you a cleaner-sounding exhaust. The actual volume of the exhaust won’t change. There are other (easier) ways to make your car louder, but installing headers is not on that list.

Do headers make your car louder? I’ll explore this idea and much more in this piece. Let’s get started.

What is a Header?

A header is an aftermarket part that you can put on your car. In other words, your stock Honda Civic won’t come with one installed. The header is a piece that fits into your exhaust system.

That pipe then feeds into the catalytic converter, the resonator, the muffler, then ultimately the tailpipe which sticks out of the rear of your car.

The Role of a Header

The header’s role is the same as the exhaust manifold. Actually, the header will replace the manifold that’s already installed in your car.

The role in both of these pieces is to take the hot gas that gets generated from your engine’s cylinders, combine them into a single flow, then get rid of them.

A reminder that your engine can have 4, 6, 8, or even 12 cylinders. Yet, you only see one to four exhaust pipes run out from the rear of your vehicle. This is thanks to your manifold or header.

The reason you see a manifold instead of a header in a stock car is that they’re easier to make and a lot cheaper. This is a corner that can be cut without a major problem, so the manufacturers do it that way.

Difference Between a Manifold and Header

Okay, so you’re replacing one part for another part, so what? With a stock manifold that’s currently on your car, you have a few big issues.

For one, the material composition. A manifold will use heavy, clunky cast iron. It’s cheap and it gets the job done, so it’s a big win in the manufacturer’s book.

A header will use stainless steel or comparable material. It’s stronger, more corrosion resistant, and lighter than the cast iron since it doesn’t have to be as bulky.

The difference that changes your car’s performance and sound is the length of each run. A manifold is looking to combine the cylinders’ gas exhaust as quickly as possible. As such, you could find a manifold that has four different run lengths to get to the shared tube.

The problem with this is a matter of physics. Since the runs are different lengths, the travel of the gasses is not the same nor is it even from run to run. When the gas has a hard time combining to a central piece and leaving, backpressure is created.

This is when high pressure builds up across your tubing. It causes the gas to travel even slower and it doesn’t leave room for the oxygen that the fuel needs. In the end, it hurts your performance.

Headers are specifically designed to optimize the smoothness of the gas running through them. Every length is the same run, eliminating backpressure and improving your car’s performance. In some cases, you could find a boost in your car’s horsepower.

Finally, the thickness of the pieces differs. I hinted at it earlier, but cast iron pieces need to be a lot thicker in order to achieve the same thing that stainless steel can do.

Cast iron manifolds are thicker and much heavier than stainless steel headers. With thinner tubes, the gas has an easier path of travel since the inside diameter of the tube is wider.

Wait, We Didn’t Talk About Sound Yet

You got this far, and I didn’t even say the word “sound” yet, much less “louder”. Don’t worry, I’m getting there. I just had to take a second to explain what’s going on underneath the hood before I can answer your question. Come to think of it, do you know where that “car sound” is coming from?

Where Does That “Car Sound” Come from?

I’ll be the first to admit that I love hearing a car obnoxiously revving their modded car as they drive by my house. It makes me so happy inside.

Did you know that the “car sound” that we all know and love is just a whisper of explosions? It somehow makes it even cooler.

That’s right, your engine is taking fuel and air, sparking it, exploding it, and harvesting the power to make your car move. These little explosions come with sound just like fireworks on the 4th of July.

The sound waves basically travel with the gas byproduct. This means it goes through the resonator and out of your muffler (part of the exhaust system described earlier).

Did you know that the big, bad decision-makers at your favorite car manufacturer don’t like the cool sound that we like? Actually, a muffler and resonator’s only job is to dampen the sound. They make it quieter because the general public wants a smooth, quiet ride.

Do Headers Make Your Car Louder?

Does a header override your muffler or resonator and make the car louder? No. The header will improve the overall sound a little bit, but it won’t make it any louder.

If you compare the sound of a revving car with a manifold versus a header, you’ll probably just notice a tonal difference. With a header, the sound is smoother and higher pitched. The exhaust makes it more grumbled and deeper.

Still, the volume will be the same. Before you call it quits, let me tell you what actually makes your car louder. I’m not just going to break your heart and leave you high and dry.

As promised, here are some actual ways to make your car louder.

In physics, there’s a thing called resonance frequency. This is the idea that a sound wave can vibrate at a certain frequency that reacts oddly with a certain part. In the example of resonator tips, your exhaust is using this theory.

The sound waves coming from your engine pass-through this resonator exhaust tip which purposefully vibrates at a certain frequency, creating a louder noise from the same amount of exhaust.

For less than 50 bucks you can pick up one of these tips that just attaches to your standard exhaust tail.

They look cool, sound great, install quickly, and they’re legal in all 50 states.

The sound difference isn’t enormous, but it’s noticeable. It also changes the tone of your exhaust, making it deeper and more aggressive.

Personally, my favorite way to make a car louder is through a performance muffler. They might cost around $100 for parts and then whatever labor goes into it. In most cases, it’s a good idea to have an auto mechanic do the installation for you.

A performance muffler takes out all of the added obstacles inside of a muffler that dulls and dampens the sound. Not only does this process reduce the backpressure a little bit, but it creates a really rich and powerful noise.

Before signing up for one of these, check your local laws. There are some noise limits when it comes to car mufflers from state to state.

By doing this, you’re removing a piece of noise dampening that is choking the overall volume of your car.

If you know how to weld, you can do this project on your own. It’s really straightforward and the result is night and day.

Drill Your Exhaust (Not Highly Recommended)

If you want a louder car and don’t care what it takes, then you can drill a few holes. Upfront I want to say that I don’t suggest this modification, but it definitely works.

If you make some holes before the muffler, the gas will escape before getting dampened, making a louder noise.

A majority of the sound waves will still go through the muffler, but this adds a secondary tone that sounds a lot cooler.

If you’re going to drill holes, make sure they’re after the catalytic converter. Doing it before the cat will release toxic fumes through the holes. Drill around 5 holes and use a 3/8 bit in your drill.

Be warned, if you want to go back to your pre-drilled exhaust system, it could be really costly and time-consuming.

If you have a few hundred dollars to spend, you’ll get great results with a cold air intake. The science works like this: colder air has more oxygen present. Oxygen is used in the explosions going in within your engine. More oxygen means more and louder explosions.

With more powerful combustion, you’ll get a louder and deeper reaction. This travels through your exhaust and out of your tailpipe.

It can boost your horsepower by a few dozen, and the sound, in the end, is really nice. This gets installed inside of your engine bay which takes some expertise and time to do it right. Still, it works really well.

As you just discovered, installing headers won’t make your car sound louder. It will slightly change the tone of your exhaust and improve your performance a little, but your car won’t turn up the volume of its exhaust. I included a few tips if you’re looking to improve your car’s volume.

For more car tips and questions answered, check out the rest of my blog. Also, make sure you grab the best products for every car owner. 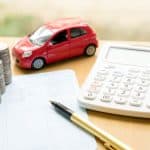 How Much Car Can You Afford? 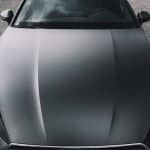 How Much Does It Cost to Wrap a Car? 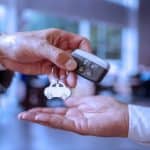 How Does a Car Trade-In Work? Everything You Need to Know 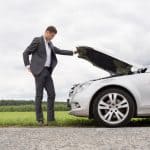