Perhaps you’ve heard of the truly legendary RB26 and 2JZ engines. They were built to be bulletproof and they were built for speed. But what makes them so great? What are the differences between the two? Which is better? Find the answers to these questions and much more below.

The RB26 and the 2JZ are both inline-six engines. This means that the cylinders follow a simple layout. The main differences between these engines are the cylinder and bore strokes, the revs, and the turbos.

Continue below to learn more about the pros and cons of both.

Here’s what makes the RB26 engine so legendary.

The RB26 features an over-square design. This means that the engine’s bore is longer than its stroke. There are several key differences between this and the square design of the 2JZ engine.

Here’s where this  makes a difference:

Now onto the disadvantages. The smaller displacement, the over-square design does come with the con of offering less low-end torque than the 2JZ. Increasing the displacement is a costly and challenging aftermarket venture.

The throttles control the amount of air flowing into a car. Many engines, including the 2JZ, have one single throttle bottle. This is where the RB26 differs. The RB26 has 6 individual throttle bodies, each for one cylinder.

Here’s where this makes a big difference:

Are there any disadvantages to the six-throttle body design? More parts mean more challenging maintenance. If something goes wrong in the throttle body, you’ll have a more complicated (and potentially costly) repair than you would with a single throttle body, like the 2JZ.

Rarer Than The 2JZ

Depending upon which way you look at it, this is either an advantage or a disadvantage. The RB26 engine is harder to find than the 2JZ. Reason number one is that it simply wasn’t utilized as much as the 2JZ was across different models.

This can make it more of a challenge to find parts for an RB26 engine. It also makes it that much more rewarding when you hear the roar of the RB26 engine, knowing full well that you are one of the lucky few to have your hands on such a masterpiece.

Below you’ll find the most common sources of problems in the RB26 engine.

The RB26 has earned a reputation for being a bit complicated. This includes the stock twin-turbo system, the vacuum, oil, and water plumbing. All this can make it expensive to repair an RB26.

It is for this reason that buyers are encouraged to simplify things as soon as possible. A good first step is to revamp the hoses by removing unnecessary plumbing and replacing hoses as needed.

You may also need to make a turbo upgrade. Luckily, the engine in the RB26 is pretty tough and can easily handle turbos sized anywhere from 480 to 700whp.

Oil pump failures have historically been a common issue with the RB26 at high revs. Fortunately, this problem was mostly limited to early models of the engine. In later years, the problem was largely resolved with the addition of a redesigned oil pump.

In contrast to the 2JZ’s sequential turbo system (more on this later), the RB26 was fitted with two parallel-mounted twin turbos at the factory. This is a little bit of a subject of debate whether this is a good thing or not.

Some prefer to convert the twin turbo to a single-top-mounted turbo.  User experiences can vary, but those who’ve experimented with both setups claim that indeed the single turbo makes the engine much more responsive than if the twin turbos had been left on.

The Toyota 2JZ engine was produced from 1991 to 2007. It was used in the Toyota Supra, Altezza, Aristo Crown, Mark, Origin, Progres, and Soarer.

Pros of The Toyota 2JZ

Here’s what makes the 2JZ engine so legendary.

More Durable Than Just Anything Else You’ll Ever Own

The 2JZ engine was made to be bulletproof. The overdesigned engine features include a cast iron block, a three-layered steel head gasket, and a forged steel crankshaft. The ironclad cylinders allow room for plenty of turbo pressure.

If there’s a downside to all of this, it’s that all of this does add quite a bit of weight to the engine. The effects of this will be discussed further in the cons section below.

Tuning potential alone contributes to a significant portion of the 2JZ’s fame. It has been described as one of the best tuner engines ever made. The 2JZ is well-known for being one of the most over-engineered engines in automotive history.

In the case of the Supra and the 2JZ-GTE inline-six, you can seamlessly tune the engine to make more than 320 horsepower. There’s little need to worry about experiencing negative repercussions.

There are plenty of positives with the twin-turbo system. Unfortunately, it’s been placed in the cons section for a reason. More on that later. But for now, let’s go over a quick introduction to what exactly the sequential turbo system is.

The sequential turbo system in the 2JZ features the first turbo that delivers power at 1650 RPM. The second turbo was activated at 4,000 RPM. The design is meant to prevent lag. You can also hit higher power figures than you would with a parallel twin turbo setup.

The only downside of the sequential booster setup is that it has earned a reputation for being failure-prone. That being said, as is the case in the Toyota Supra, the 2JZ is capable of delivering one of the more reliable sequential boosters on the market.

Cons of The Toyota 2JZ

Below you’ll find the most common sources of problems in the 2JZ engine.

Unfortunately, the 2JZ has been known to experience issues with the timing belt. Specifically, the timing belt tensioner bracket is prone to failure.

The most common symptoms of timing belt tensioner failure are sluggish acceleration, difficulty starting the vehicle, and squeezing or squeezing noises when the engine is idling.

Water Pump Is A Weak Point

The water pump has been identified as one of the primary weak points in the 2JZ engine. Some common signs of a bad water pump can include engine overheating, the leaking of coolant, and high-pitched harmonic whining noises.

One culprit is the 2JZ’s known sensitivity to both cold temperatures and moisture. This can lead to challenges in certain climates. However, industry experts note that the 2JZ is capable of lasting 300K+ miles, as long as it remains well cared for.

The design of the 2JZ is not overly complicated. However, any newly-purchased engine must get the magnifying glass treatment from someone who knows what they’re doing. Repairing a damaged 2JZ engine can prove to be quite costly.

The most common sources of trouble in the 2 are the water pump and cambelt. Compression and leak-down tests are highly encouraged.

What Are The Similarities Between The 2JZ and the RB26? Differences?

There’s plenty of overlap between the 2JZ and RB26. What is an in-line six engine? What are the primary differences between these engines? Find out below.

Both are Inline-Six Engines

Both the 2JZ and the RB26 are straight-six engines, also referred to as “inline-six engines”. The major benefit of these types of engines is the harmonic nature of the cylinders.

Here is how straight-six engines work:

These types of engines are also cost-effective options in terms of maintenance costs. One key downside is that inline engines do take up more space in the engine bay compared to a V6.

One of the big differences between the RB26 and the 2JZ is the engine displacement. The 2JZ has a 3.0L engine, while the RB26 has a 2.6L engine. This means that the 2JZ is more powerful in stock condition.

You see this in the specs table above, by looking at the power and torque that the RB26 has to offer.

The key takeaway here though is that as straight-six engines, both of these do afford plenty of opportunity for aftermarket modifications. The other big difference is that the RB26 is an under-square engine. The bore (86 mm) is bigger than the stroke.

Both the RB26 and the 2JZ are bulky engines, so neither holds an advantage over the other in this regard. The RB26 comes in at 406 lbs and for the 2JZ the scale should read somewhere in the territory of 440 lbs.

This can make swap-outs and modifications a challenge with these engines. The weight is an unfortunate side-effect of having engines that are made to be bulletproof, with all of the tuning possibilities that one could ever dream of.

Here are some of the most commonly asked questions about the 2JZ and RB26 engines.

A: Both the RB26 and 2JZ are capable of lasting 300K+ miles, provided that routine maintenance is performed. Owners are cautioned against shortcuts when tuning an engine, as this can damage an engine.

These engines were designed to be bulletproof, so they are durable. The main concern would be that these engines are getting a bit old, so you are certainly encouraged to take a good look at an engine before purchase.

Some of the most commonly repaired components of each engine are mentioned in the sections above.

A: No, both engines were discontinued long ago. In their place, Toyota and Nissan opted for less heavy engines. Modern engines deliver more responsible fuel efficiency, decreased emissions, and a more sleek design.

It’s the legendary performance and unique roar of the engine that has people coming back to these classics in droves.

A: Each has its strengths and weaknesses, but overall there is quite a bit of overlap in characteristics. There are a few main bullet points to go over here though.

The 2JZ and the RB26 are both legendary straight-six engines. If you are considering either of these, then you are highly encouraged to read more into the main differences between the two, as mentioned in the sections above.

How bore vs. stroke can affect horsepower

Nissan RB26 engine: Everything you need to know

RB26 Twin Turbos or Single Turbo, What is Better?

Why the MkIV Toyota Supra’s 2JZ Engine Is So Good

Everything you need to know about inline-six engines

Pros & Cons: Straight-Six Vs V6 Engines Duke It Out 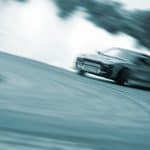 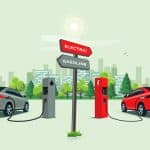 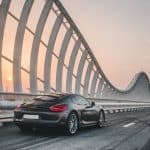 Are Coupes Faster Than Sedans? The Stats Revealed 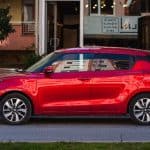 Toyota Agya vs Suzuki Swift: Pros & Cons of Both