The Toyota GT86 and GR86 models have been two of the most popular sports cars on the market in recent years. Both models offer great performance and styling, but there are some differences between them that you should be aware of before making a purchase decision.

The Toyota GR86 is the successor to the GT86. Released in 2022, it features several improvements over its predecessor. The most notable changes include a more powerful engine, improved handling, and new safety features. Still, despite alterations, the GR86’s design is clearly rooted in the GT86.

In this article, we will discuss the similarities and differences between these two models so that you can make an informed decision about which one is right for you. As you read, you’ll learn about their most relevant specs, driving experience, current cost, and other relevant factors that might affect your decision and clearly demonstrate where the models overlap and where they diverge.

From GT86 to GR86: A Brief Background

Sometimes, knowing the origins of car models, especially when they have a first- and second-generation relationship, helps us understand where certain features and design choices came from and why alterations were or weren’t made.

The GT86 was first released in 2012 and is the result of an exceptional collaborative effort and partnership between Toyota and Subaru. History would then repeat itself when they came together once again to create the GR86.

In 2009, Toyota hosted a focus group in Los Angeles where they asked a group of individuals if they were interested in the company making a small sports car. Evidently, support was high, because they released the GT-86 only a few years later, making it one of the smallest, most lightweight, and most affordable rear-wheel drive sports cars on the market.

Although there was international confusion regarding this model’s true name, as it is closely linked to the Scion FR-S and the Subaru BRZ, those who purchased and/or drove it are generally pleased with its exceptional body control and sharp handling capabilities.

The overtly positive reviews for the GT86 encouraged Toyota to release an updated version in 2022, which they called the GR86. At first glance, the 2nd-generation model poses a striking resemblance to its predecessor, demonstrating Toyota’s reluctance to mess too much with a good thing, but upon closer inspection, the GR86’s unique upgrades become apparent.

Both the GT-86 and GR-86 are exceptional sports cars that receive a significant amount of support and praise from consumers and sports car enthusiasts. There are even some individuals who will go as far as claiming that the first-generation model is the superior choice between the two, but we’ll let you decide that for yourself after reading what sets the two apart.

To provide the most in-depth comparison possible, we are going to cover several aspects of these models, including:

One of the easiest ways to see how the GT86 is different from the GR86 is by comparing each model’s specs side by side.

Below, we have provided a chart of the most relevant base specs for both. Keep in mind that these can easily vary between different trims and with the addition of certain customization options.

The torque increase is significant because the car is so light

The Boxer engine in the GR86 is an updated 2.4 liter larger displacement engine versus the previous 2-liter which provides additional power. 228 horsepower and 184-pound-feet of torque (about 25 horsepower and pound-feet more than the GT86). The feel is more linear power (you don’t feel the same power dip around 3-4,000 RPM as you did with the GT86).

The handling is improved in GR86, especially if you have the premium tires (Michelin Pilot Sport 4S) which is a high-performance all-season tire. Whereas on the previous generation GT86, the base model came with Michelin all-season tires which have less grip. Otherwise, the handling is equivalent.

Shifter action is the same, still light and direct. The clutch on the GR86 has been slightly refined but still has the easy-to-shift feel, very similar to the previous generation.

More torque, more immediate and refined. More grip even with the same tires. Tweaked suspension and spring rates as well as stiffening the chassis. The brake pedal is a little stiffer and sharper. A little bit of an understeer. The shifter feels a little tighter and more direct.

The GR86 is predictable and controllable with the throttle. It feels noticeably faster and more capable. Dramatic refinement (stiffened chassis).

The first generation has more body flex. 2nd generation has a lower center of gravity and aluminum roof making it 50% stiffer. Despite being lower to the ground, the GR86 has more ground clearance than the GT, making it safer as this reduces the risk of undercarriage and axle damage.

It helps improve solidity and front-end precision. The first generation has a slightly sharper turn-in and lighter steering feel.

In addition to the name-brand LSDs which help with road grip and drivability, the car has a superior chassis to the GT86 with high-strength steel for the frame and aluminum roof and bumpers to reduce weight.

When it comes to exterior design, the GR86 features a more aggressive look than the GT86. The front end is particularly different, with a larger grille and redesigned headlights. The rear end is also slightly different, with a diffuser that extends further down the bumper.

Overall, the GR86 looks sportier than the GT86. The previous generation offered Brembo brakes as an optional upgrade in the performance package which is good for aggressive and/or track driving.

The newer GR86 also has an improved outward view since the boxer engine sits low, allowing the hood to slope downwards. The premium models come with a rear lip spoiler.

You might find the GR86’s tires to be a bit noisy, especially if you upgraded to the Michelin Pilot Sport 4S tires, but otherwise, this model is noticeably quieter than the previous generation.

This is partially due to the installation of a speaker inside the vehicle dedicated to the vehicle’s sound. The exhaust noise levels are quiet. However, it can always be customized with an aftermarket exhaust.

People like the sound of the previous car better often since the sound on the new one is fake and provided by a speaker.

Tuning gives you a torque spike that can make the previous generation GT86 feel a bit lighter on its feet coming out of a stop which is where it typically suffers a significant torque dip.

A duckbill spoiler, brake cooling system, and built-in cool-air intakes all help to make the GR86 as fast and efficient as it could be.

While the GR86 still uses the same McPherson strut suspension and wishbone suspension for the rear, the “torsional rigidity” of the car is still stronger than the GT86 because Toyota used stronger bonding techniques to create the car’s chassis.

Both the GT86 & GR86 offer suede material on the interior. Parts of the door, dashboard, and seats. The lumbar support on both is minimal however the seats are still comfortable and geared more for enthusiastic driving. Heated seats are offered in both generations.

The GR86 has an improved Infotainment system: the standard package includes Apple CarPlay and Android Auto, optional navigation, and an 8-speaker stereo with the premium trim.

The dashboard is all-digital and can be customized at length to have certain notifications or change the way it looks. For beginners, it’ll also be easier to shift since the GR86 now comes with a shift light indicator on the manual-transmission version.

The GR86 now has blind spot monitoring, rear cross-traffic alert, and adaptive cruise control. The previous version GT86 had knee bolsters on the inner tunnel and door which have been removed for the new generation GR86.

With current dealership MSRP markups, the GR86 typically retails for around $27,000 but it’s not uncommon to see them selling for $32,000 if not more. If you want the latest and the greatest with all the bells and whistles the GR86 is the one to pick.

The GT86 being the previous-gen car, is more cost-effective and can be found much cheaper online. Parts are much more readily available but that might soon change. Also, the GT86 gets slightly bet gas mileage but not by much.

Both the GT86 and the GR86 are great cars. They offer similar levels of performance, but the GR-86 is slightly more powerful and has a more aggressive exterior design.

It’s the latest can greatest of the bunch taking all the great things enthusiasts love about this car and making it even more refined. Thanks to its design features, and its more aerodynamic design, If you’re looking for a sporty car, either one would be a great choice.

The GR 86 is the successor to the ace Toyota GT86

Is 93-Octane Really Worth It? 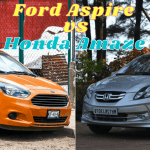 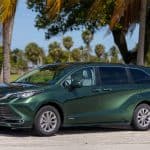 SUV vs Minivan: Which Is Better for Road Trips?